String of plants are very popular and are easy to grow. They are perfect to grow in a hanging basket, on top of a shelf or on a pedestal. Herebelow are ten popular string of plants varieties. Read on.

Our list of popular string of plants includes String of Beads, String of Nickels, String of Dolphins, String of Hearts among other. Read on for the full list. 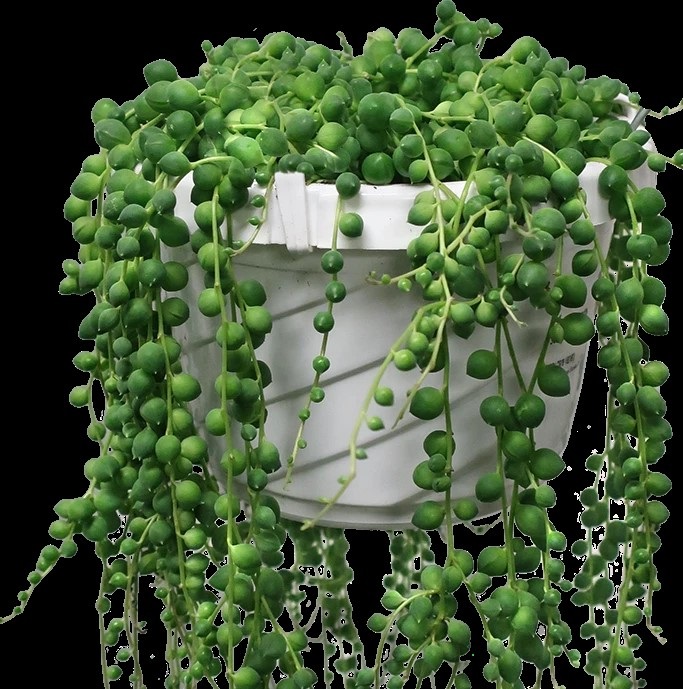 String of Beads (Pearls) Plant is a unique houseplant which bears pendant thread-like stems on which spherical green leaves grow.

The String of Beads (Pearls) Plant resembles a neck-lace of beads (pearls) and hence the common names. Read more » 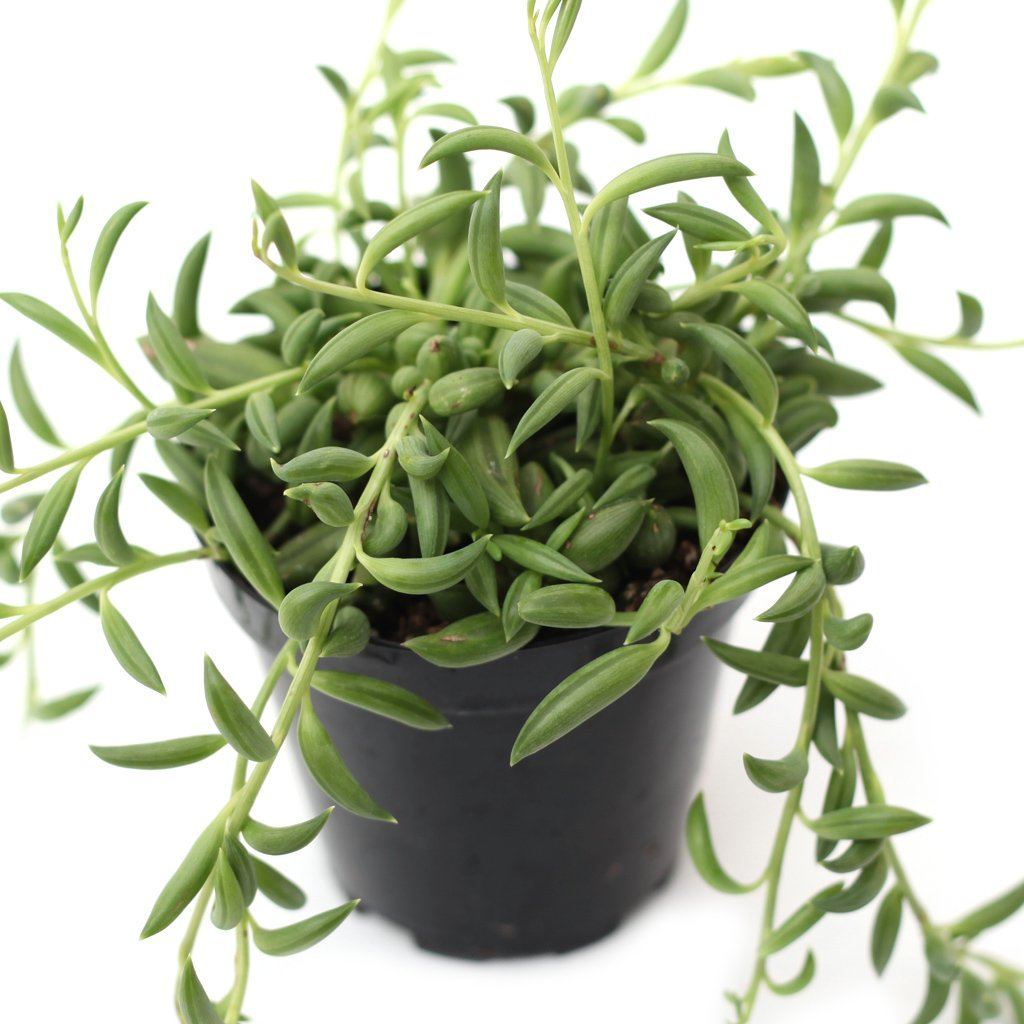 String of Bananas Plant also called String of Fishhooks is a unique houseplant which bears pendant thread-like stems on which are tiny leaves shaped like small green bananas.

String of Bananas Plant is a succulent plant that is easy to grow even for a beginner. Read more » 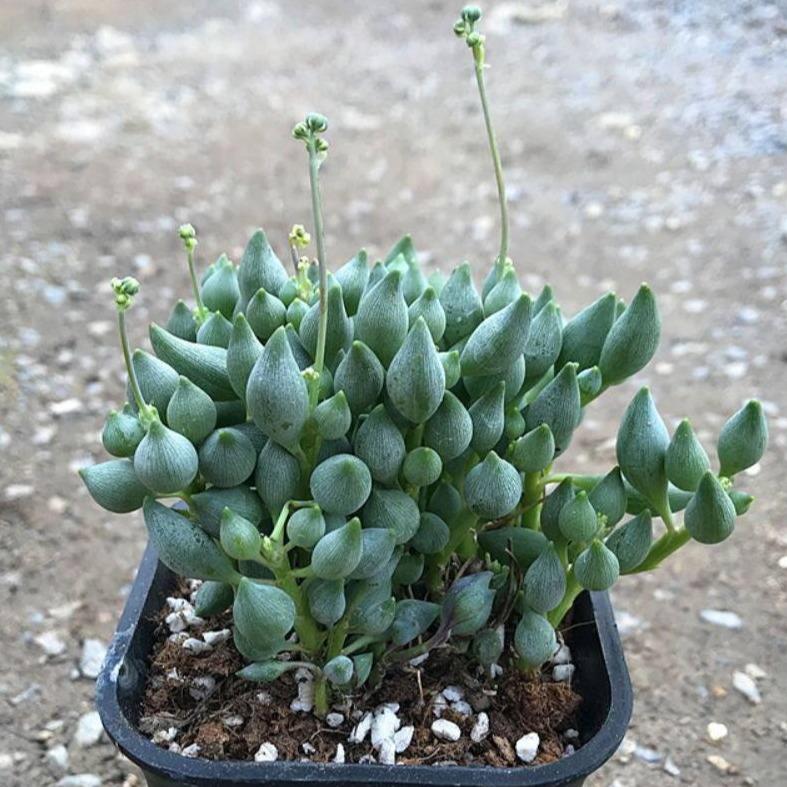 The leaves in String of Lemons Plant are green to dark-green with translucent longitudinal stripes. Read more »

The leaves in String of Watermelons Plant are dark-green with purple stripes. Read more » 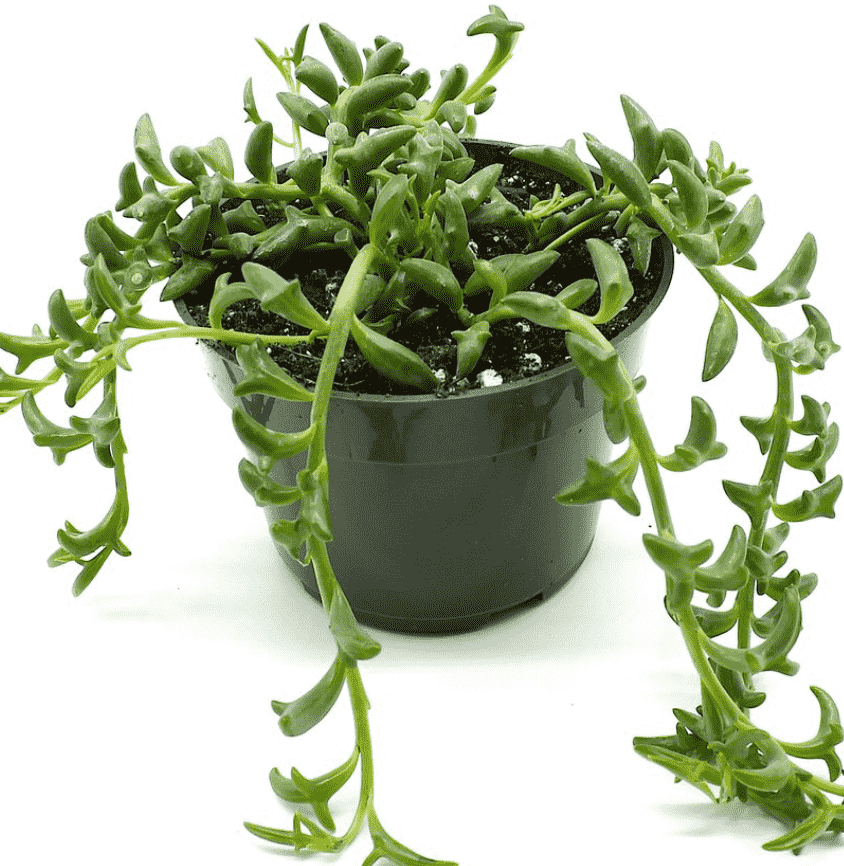 The leaves look like a pod of flying or jumping dolphins and hence the common name. Read more » 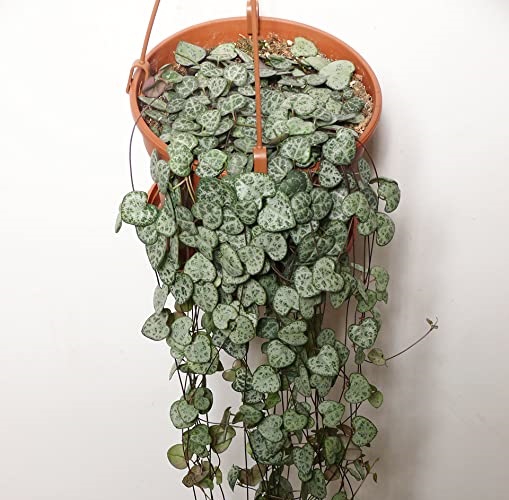 String of Hearts Plant also called Rosary Vine, Chinese Lantern or Chain of Hearts is an unusual succulent which is excellent for a hanging basket.

String of Hearts Plant is easy to grow but the heart-shaped leaves are sparsely spaced and the tubular flowers are insignificant. Read more »

The fleshy leaves and stems store water, which allows the plant to go for a considerably long period without being watered. Read more » 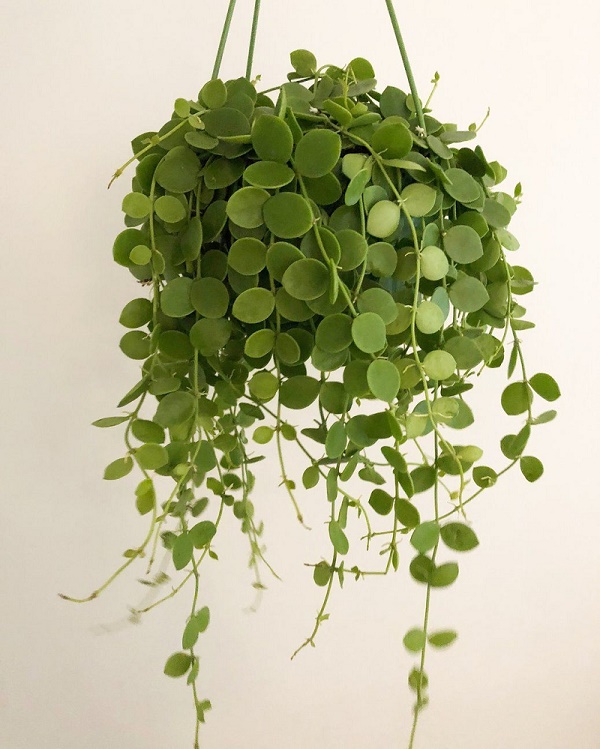 The leaves are opposite and round and look like numerous coins, hence the common name String of Nickels. Read more » 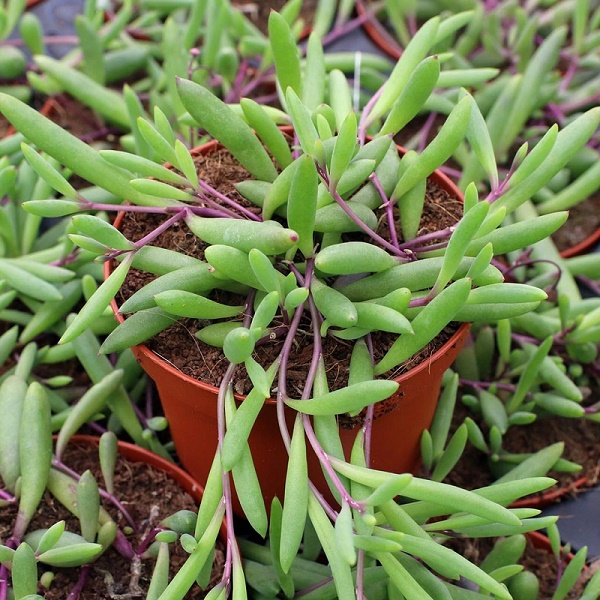 The bean-shaped leaves in String of Rubies Plant turn a bright ruby red when the plant is grown under bright sunshine. Read more » 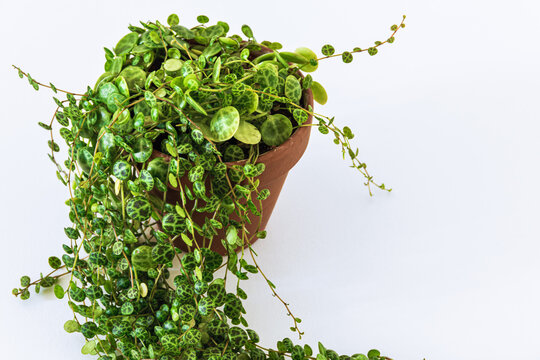 The String of Turtles Plant is a trailing type of Peperomia and is an excellent choice for a hanging basket. Read more »