How to Grow and Care for Buddhist Pine (Podocarpus macrophyllus) Indoors 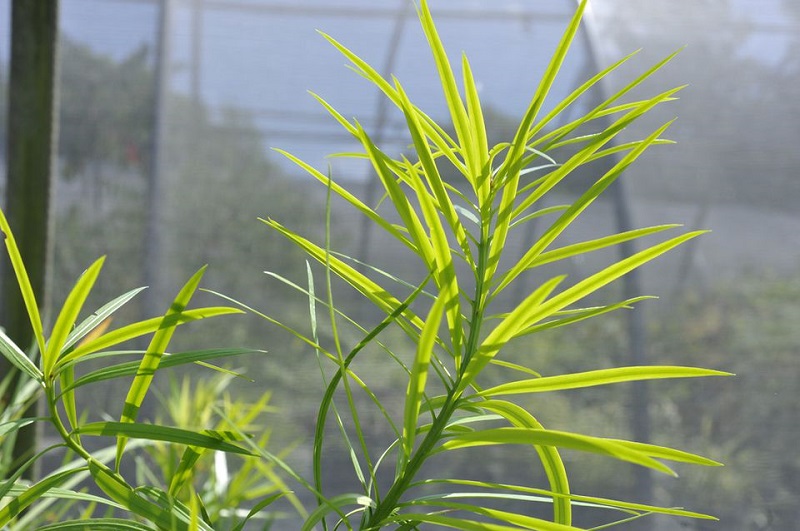 Podocarpus macrophyllus (Buddhist Pine) also called Yew Plum Pine, Japanese Yew or Fern Pine is a durable plant which does not mind a draughty situation. It is a slow grower and requires little attention.

The upright stems bear dark-green narrow and glossy leathery leaves. Regular pruning will keep the plant as a compact shrub.

The leaves are strap-shaped, 6-12 cm long and about 1 cm wide, with a central midrib.

Japanese Yew is a coniferous plant. The cones are borne on a short stem and have 2-4 scales, usually 1 or 2 fertile, each fertile scale bears a single apical seed 10-15mm.

Yew Plum Pine is highly regarded as a feng shui tree in Hong Kong. The tree can also be trained as a bonsai.

Podocarpus macrophyllus is native to southern Japan and southern and eastern China.

If you are looking to add this spectacular plant to your collection, various Buddhist Pines are available online at Etsy. Buy Buddhist Pine (Podocarpus macrophyllus) online from Etsy. 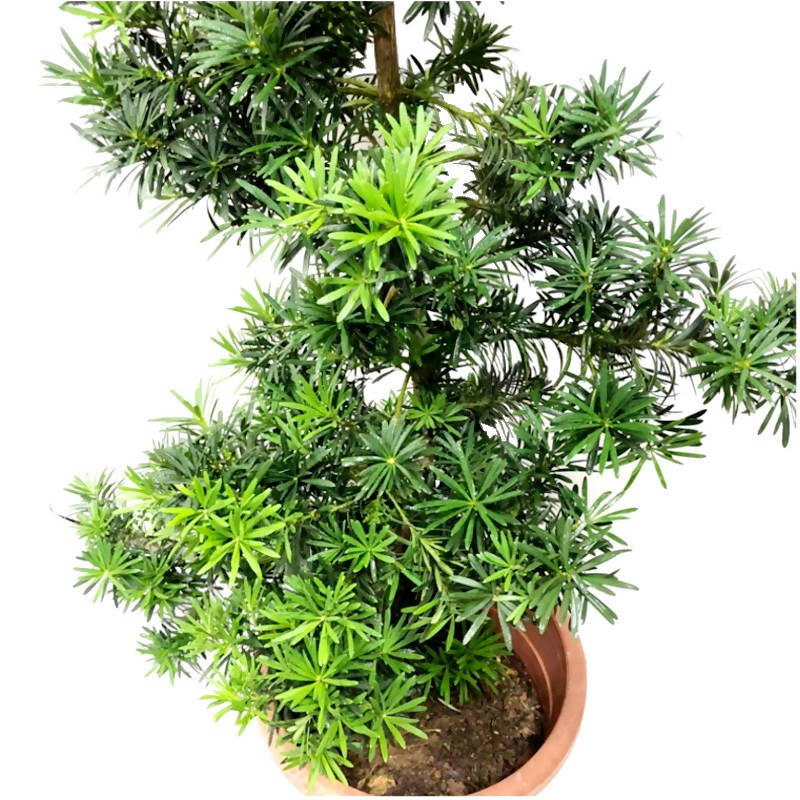 Buddhist Pine (Podocarpus macrophyllus) is an easy-care plant which thrives in bright light with some direct sunlight, cool ordinary room conditions and moderately moist soil that is rich in organic matter coupled with monthly feeding during the growing season.

Japanese Yew requires repotting only when it has become pot-bound. Regular pinching of the growing tips is needed to encourage a compact growth and control the height of the plant. Keep reading for more on these growing conditions and how to achieve them.

Low light or inadequate light will result in elongated leaves which is an attempt by the Japanese Yew to reach the light source. It can also grow under a grow light where natural light is inadequate.

Water Buddhist Pine thoroughly and keep the soil moderately moist at all times during the growing season for the optimal growth of the plant.

Cut down on watering for the Yew Plum Pine during the cold season as growth at this time is minimal but do not allow the soil to dry out completely.

Ensure the pot has a drainage hole to prevent the soil from getting soggy as it can lead to root-rot disease and eventual death of the plant.

Buddhist Pine prefers a cool temperature between 10-210C. The plant does not mind cold draughts as it is a cool climate plant.

Buddhist Pine has no need for high humidity. Average room is ideal for this plant.

However, where the air temperatures are very high which causes the air too be too dry, set the pot on a wet pebble tray or use a cool mist humidifier to raise humidity.

Feed Buddhist Pine with a balanced water-soluble fertilizer every 4 weeks during the growing period.

Do not feed Yew Plum Pine during the cold season as growth is minimal and feeding at this time can cause fertilizer burn and death of the plant.

Repot Buddhist Pine during the growing season only when it has overgrown its current pot. The plant is slow growing and repotting may not be very frequent.

Use a pot one size larger than the current one. Ensure that the pot has a drainage hole to prevent soggy soil as it can lead to root-rot disease and eventual death of the Japanese Yew.

The best soil for Buddhist Pine should be rich in organic matter and free-draining to prevent it from getting soggy while providing the required nutrients.

Most multi-purpose potting mixes are ideal for this plant. Buy quality Potting Mix for Podocarpus macrophyllus online from Etsy.

Pruning Buddhist Pine requires pinching of the growing tips to encourage a compact growth and control the height of the plant. 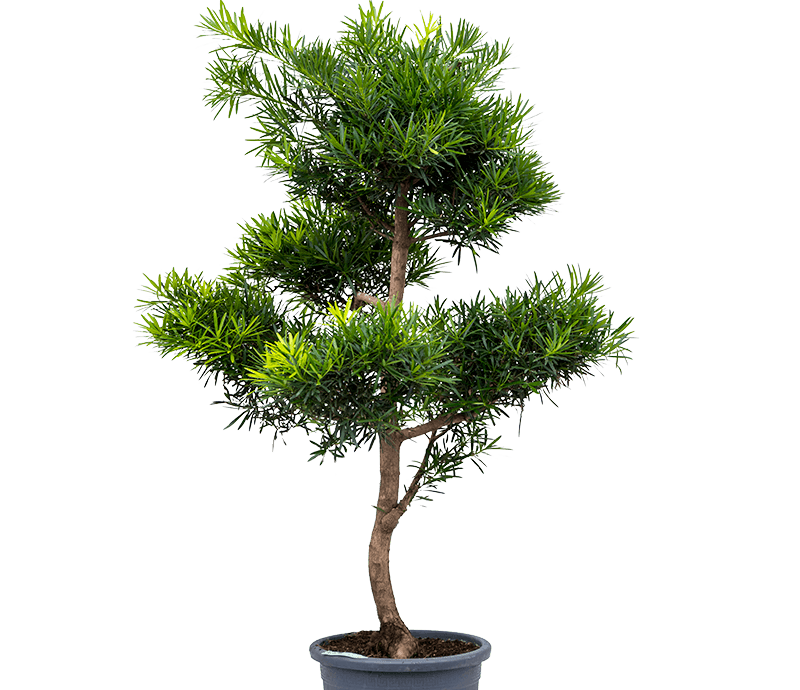 Buddhist Pine (Podocarpus macrophyllus) has few problems when grown indoors. These problems are mainly due to cultural faults in lighting and watering. They include elongated leaves, brown leaf tips, pests and diseases among others. Continue reading for more on these problems, their remedies and solutions.

Long and elongated lower leaves in Buddhist Pine are caused by too little light (inadequate light). This is an attempt by the plant to reach the light source.

Brown leaf tips in Buddhist Pine are due to too wet soil (soggy soil). Maintain the soil slightly moist but not soggy.

Make sure that the soil is free-draining and the pot has a drainage hole to prevent the soil from getting soggy.

Common pests in Buddhist Pine are mealy bugs and scale insects. Isolate the affected plant to prevent spread to other houseplants and treat it appropriately for the pests.

Buddhist Pine (Podocarpus macrophyllus) is toxic to both humans and pets as indicated by ASPCA.

The fruits and the leaves contain a poisonous substance which causes severe drooling, vomiting, diarrhea and abdominal pains if ingested.