How to grow and care for Cast Iron Plant Indoors 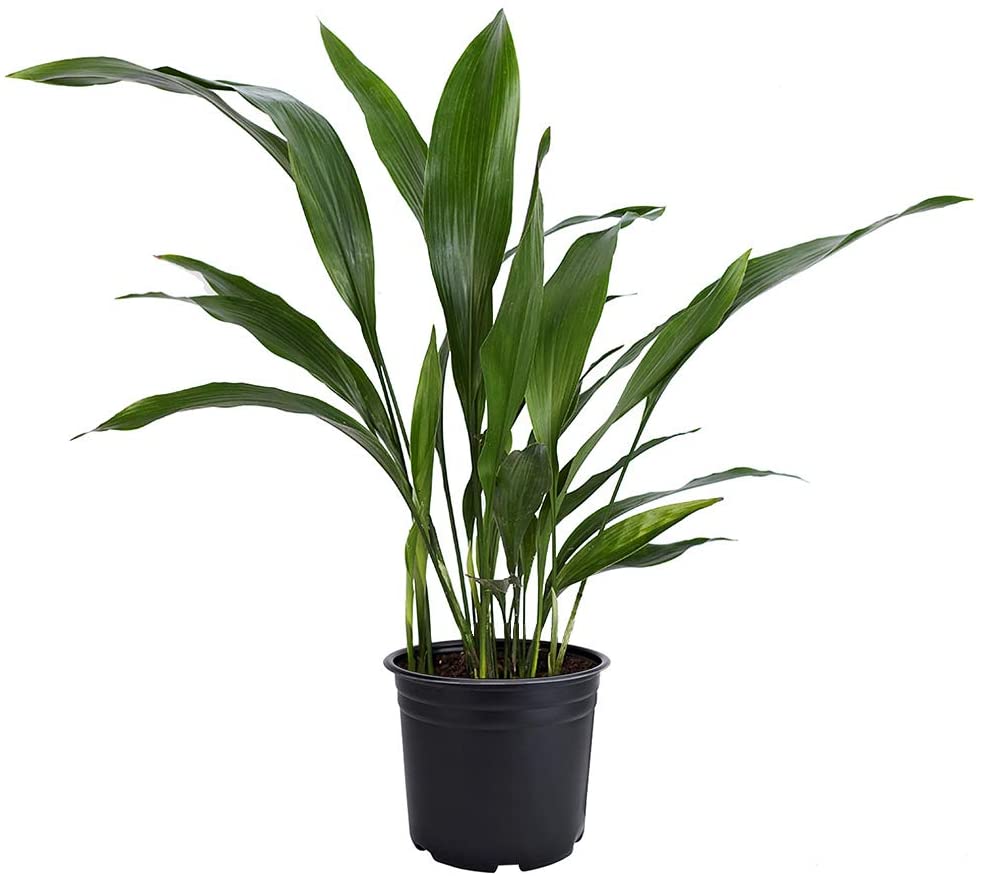 Cast Iron Plant is one of the highly tolerant houseplants, almost an indestructible houseplant. It is very tolerant to shade and can withstand neglect. It is native to Taiwan and islands in southern Japan including Kuroshima, Suwanosejima and Uji islands where it grows in shade under trees and shrubs. This explains why it is tolerant to shade and dislike direct sunlight. It is an extremely slow grower and can withstand periods of dryness at the roots if the temperature is not too high. It dislikes constantly saturated soil and frequent repotting. This plant can withstand deep shade, dry soil, hot temperatures, air pollution and neglect but will be scorched by direct sunlight.

The leaves arise more or less directly from soil level and their flowers also appear from the ground level. The leaves are glossy dark-green in color, about 12-20 in. long and are grouped in small tufts of 2-4. The plant grows to a height of about 1.5 ft to 2.5 ft from rhizomes from which the leaves arise rather than being borne on stems. Each leaf has a long stalk and a blade with many veins. The flowering stem is usually very short so that the flowers appear low down among the leaves. It bears 8-lobed cream flowers with maroon coloring on the inner surface.

The various varieties of Cast Iron Plant include Okame which bears green leaves with dramatic white streaks along the leaf length. Lennon's Song whose leaves bear light green or yellow vertical stripes. Ashahi whose leaf tips become white as the plant grows. Hoshi-zora also called Milky Way whose leaves are decked in yellow to white spots among other varieties.

Cast Iron Plant is extremely tolerant to varying light intensity but not direct hot sunlight which leads to sunburn brown spots on the leaves. Learn how to ensure your plant receives the correct light in this guide on understanding light for houseplants.

Water Aspidistra elatior regularly during the hot months and allow the top half of the soil to dry out between waterings. Reduce watering during the cold months. Avoid waterlogging as it can lead to root-rot disease. Learn more on how to water houseplants.

Average warmth with a minimum of 100C is ideal for Cast Iron Plant though it can withstand a wide range of temperatures. Find out more on temperature for houseplants.

Cast Iron Plant has no need for high humidity. Average room humidity is ideal for this plant though it can withstand dry air. clean the leaves by damp-wiping with a soft cloth.

Cast Iron Plant does not require heavy feeding. Apply an all-purpose liquid fertilizer once a month during the growing season. Withhold feeding in the cold season as growth is minimal at this time. Find out more on feeding houseplants.

Cast Iron Plant grows extremely slowly therefore it does not require frequent repotting. Repot every 4-5 years or when the plant has outgrown its pot, repot during the growing period. Use a free-draining soil that is rich in organic matter and a pot 1 size larger than the current one. Ensure that the pot has a drainage hole to prevent waterlogging which can lead to root-rot. Take care not to damage its delicate roots.

Pruning Cast Iron Plant involves removal of dead leaves by snipping them off at the soil level. Learn more on how to prune houseplants.

Cast Iron Plant can be propagated by division during the growing season. Remove the plant from its pot and divide it int several sections by pulling the roots apart. Ensure each section has some roots and at least 2 leaves. Take care not to damage the roots. Pot each division in its individual pot containing moist free-draining soil. Place the set up in a warm place and maintain the soil moist until new shoots begin to sprout. Keep in mind this may take quite sometime and it requires patience. Once the new plant has established, continue with the normal routine care.

Where the leaves of Cast Iron Plant begin to turn color to shades of yellow, too much sunlight is the cause. Remove the affected leaves and move the plant to a more shaded place.

These are caused by physical stress due to being brushed against. Remove the affected leaves and move Cast Iron Plant away from the line of traffic.

The cause is Leaf Spot Disease. Remove the infected leaves and treat Cast Iron Plant appropriately to get rid of the disease.

Common pests in Cast Iron Plant are Mealy Bugs, Scale Insects and Red Spider Mites. Isolate the affected plant to prevent spread to the rest of the houseplants and treat appropriately.

Cast Iron Plant is non-toxic to both humans and pets. It is safe to grow indoors.