How to Grow and Care for Desert Cactus Indoors 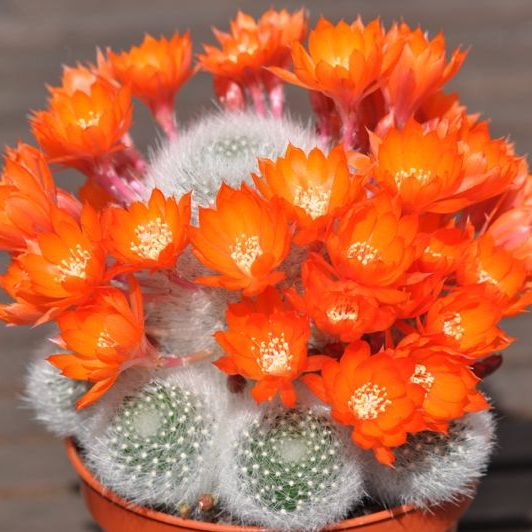 Desert Cactus come in numerous forms and sizes and they form interesting plants which are especially popular with beginners as they can tolerate some level of neglect.

They have many adaptations for water conservation. The native habitat of Desert Cactus is subject to drought; many live in extremely dry environments like the Atacama Desert.

Desert Cactuses are succulents which means they have thickened, fleshy parts adapted to store water. Most species have lost true leaves, retaining only spines, which are modified leaves.

The spines are produced from specialized structures called areoles; woolly or hairy areas on stems. Areoles are the identifying feature of cacti. The areoles also give rise to flowers.

These Cacti have shallow root system that quickly absorb any water reaching the soil surface. Their stems are ribbed or fluted which allows them to expand and contract easily for quick absorption of water.

The leafless, spiny stems are succulent which is an adaptation to store water. The surface of the stem may be smooth or covered with protuberances of various kinds, usually called tubercles. 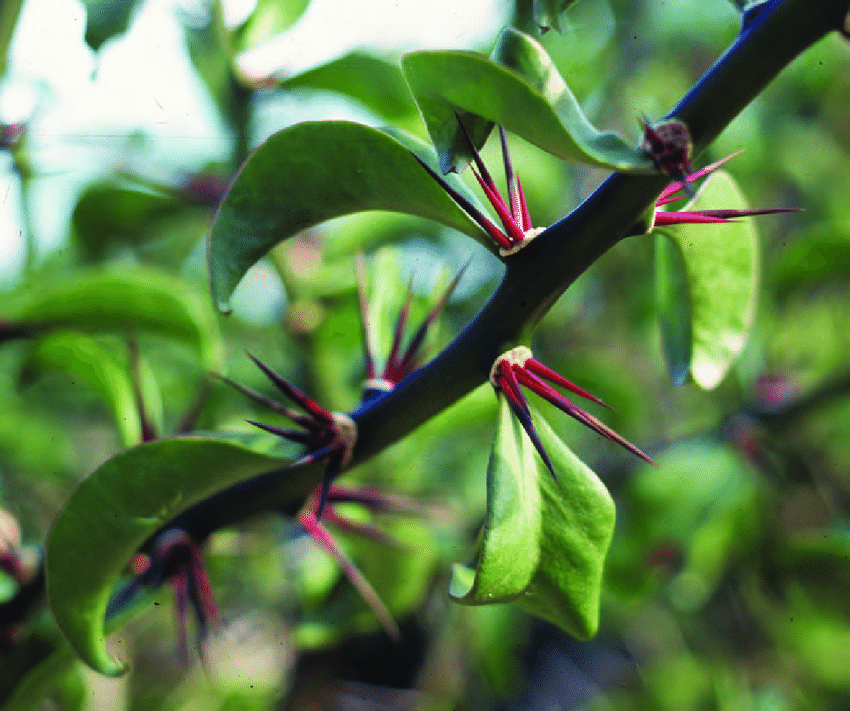 The odd one out of the Desert Cacti is Pereskia spp which bears thin stems and true leaves. The flowers look like wild roses and hence the common name Rose Cactus. It grows to a height of 6 ft.

Most Desert Cacti employ the CAM (Crassulacean Acid Metabolism). CAM plants are plants that harvest Carbon dioxide at night and use it during the day to make their food.

As they make their food they store the oxygen they produce in the process and release it at night. This is an adaptation of CAM plants to their drought-prone climate which enables then survive the harsh climate.

Desert Cacti require plenty of sunlight, free-draining, sandy soil and to be kept on the drier side. Another group of Cacti are the Forest Cacti which are native to the tropical rain forests.

Forest Cacti are so different in form and requirements from the Desert Cacti. The popular ones include Christmas Cactus, Easter Cactus and Orchid Cactus. 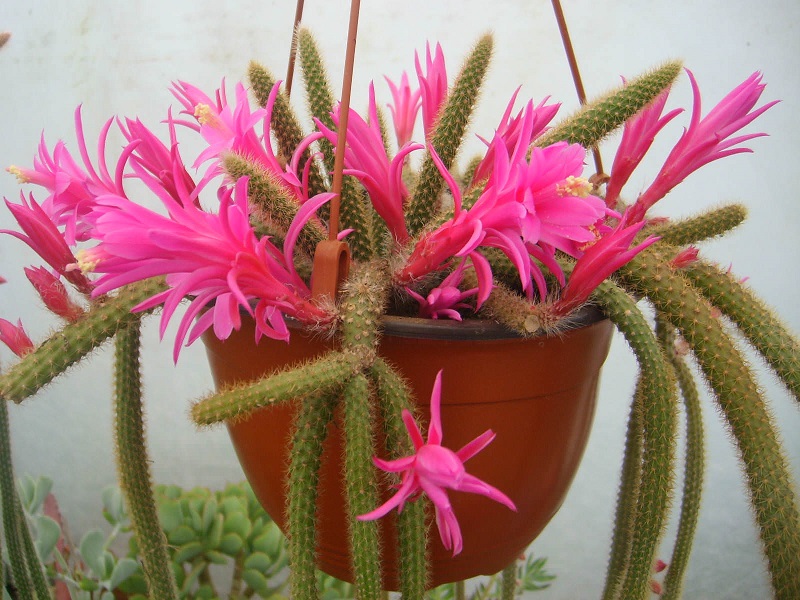 Desert Cactus grows best in bright light to full sunlight with at least 2-3 hours of sunshine per day.

Turn the pot a quarter turn every few days to ensure the plant receives light from all sides for even growth.

Avoid exposing it to too hot sunlight before acclimatizing it as it can get sun scorched. Check out this guide on understanding light for houseplants.

Water Desert Cactus moderately during the growing season and allow the top 2-3 in. of soil to dry out between waterings. Reduce watering during the cold season to maintain the soil barely moist.

Avoiding wetting the foliage as it can lead to rotting. Watering from the bottom is safer.

Use room temperature water to water to avoid plant shock as it can lead to slow growth.

Ensure the pot has a drainage hole to prevent the soil from getting soggy as it can lead to rotting. Read more on how to water houseplants.

Average warmth between 16-280C during the growing season is ideal for these Cactus. Learn more on temperature for houseplants.

Average room humidity is ideal for Desert Cactus. They have no need for high humidity. Ensure good air circulation to prevent fungal diseases.

Feed Desert Cactus monthly during the growing season with a phosphorous (for root development) and potassium (to enhance flowering) rich fertilizer. Withhold feeding during the dormancy stage (cold season) as growth is minimal at this time. Read more on how to feed houseplants.

Repot Desert Cactus annually during the growing season for the young plants. Repot mature plants only when the plant is pot-bound.

Use a shallow rather than a deep pot as they have shallow roots. Use a pot 1 size larger and one that has a drainage hole to prevent the soil from getting soggy as it can lead to rotting.

Be careful not to bury the stems of to prevent rotting. The best soil for Desert Cactus should be loose and free-draining to avoid waterlogging of the soil.

Desert Cactus can be propagated at the beginning of the growing season from offsets which form at the base of the plant or stem cuttings.

How to propagate Desert Cactus from offsets

Seperate the offsets from the mother Desert Cactus plant and allow the offsets to dry for 1-3 days before potting.

Pot each offset in its individual pot in moist free-draining soil while being careful not to bury the stems to prevent rotting.

Water sparingly, only when the soil is dry and avoid waterlogging the soil as it can lead to rotting.

How to propagate Desert Cactus from stem cuttings

Take a 3-4 in. stem cutting from a healthy Cactus plant and allow the stem cuttings to dry for 1-3 days.

Insert the cutting into moist soil and place the set up in a warm well-lit place.

Maintain the soil moist by light misting until the new Cactus is well established. 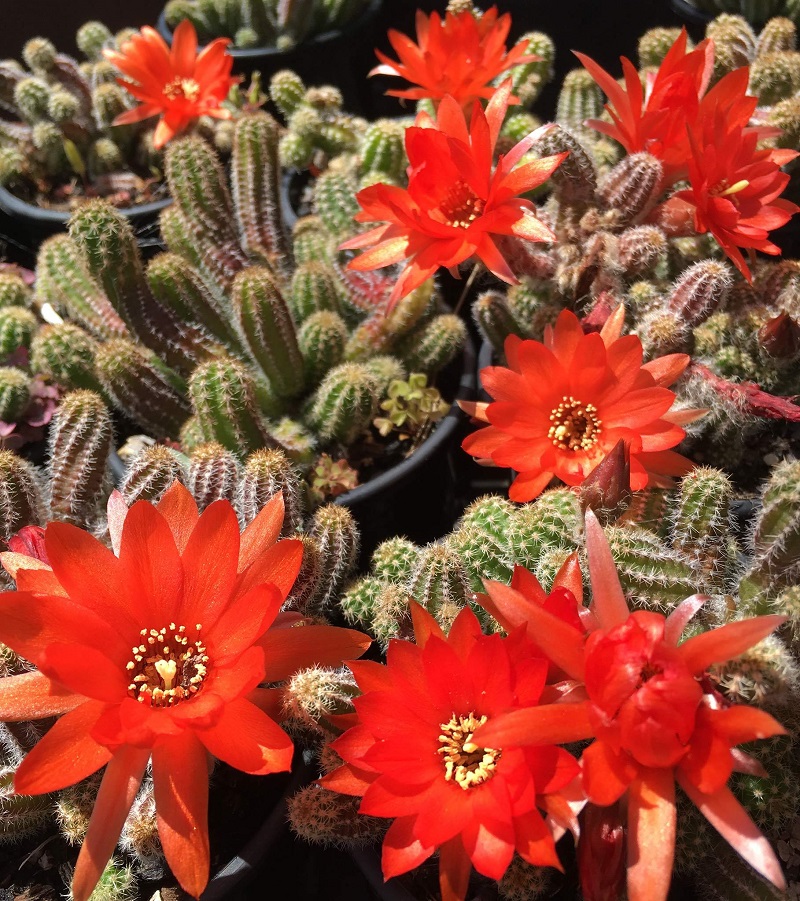 Elongated stems in Desert Cactus are caused by too little light; they prefer bright light to direct sunlight.

Too little light will cause the plant to grow elongated stems in an attempt to reach the light source. Move it to a brightly lit spot where they can also receive some direct sunlight.

Corky patches on the surface

Water the Cactus moderately during the growing season while allowing the top 2-3 in. of soil to dry out between waterings. Ensure the soil is free-draining and the pot has a drainage hole to avoid waterlogging.

The second reason for corky patches on the surface in Desert Cactuses is physical injury; keep the plants away from the line of traffic.

The third reason for corky patches on the surface in Desert Cactus is chilling; they can not tolerate chilling temperatures.

They prefer average warmth with a minimum of 150C therefore they need to be protected from cold draughts and low temperatures.

Shrivelled stem-tip and soft rot below

Overwatering is the cause of shrivelled stem tip and soft rot in Desert Cactus. Water the plant moderately during the growing season while allowing the top 2-3 in. of soil to dry out between waterings. Also, ensure the soil is free-draining and the pot has a drainage hole to avoid waterlogging.

Rotting base followed by stem collapse

Rotting plant base and stems collapse in Desert Cactus is an indication of basal stem rot disease which is brought about by overwet conditions. Avoid overwatering during the cold season. Use the upper stem to propagate new plants and discard the infected parts.

Improper watering is the reason for no growth in Desert Cactus. Water the plant moderately during the growing season while allowing the top 2-3 in. of soil to dry out between waterings.

Also, ensure that the soil is free-draining and the pot has a drainage hole to prevent the soil from getting soggy.

Common diseases in Desert Cactus are crown and stem-rot and root-rot disease.

Desert Cactuses are non-toxic to humans and pets. However, some have spines and thorns, though they are not poisonous it is advisable to wear gloves while handling to avoid injury. They are safe to grow indoors.