How to grow and care for Aloe Plants Indoors 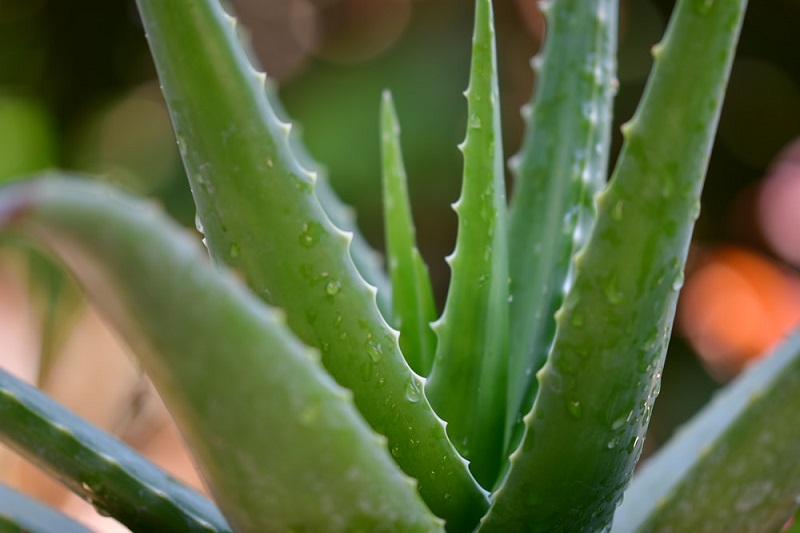 Aloe Plants are easy to grow houseplants which come in all shapes and sizes. There are numerous species of Aloes but only a few are popular as houseplants. The most popular species of Aloe Plants is Aloe barbadensis, the Aloe vera or "true aloe" which is cultivated as the standard source of Aloe vera juice used for assorted pharmaceutical purposes. In the home this juice is used for treatment of burns and various skin conditions. Aloes form a stemless rosettes of fleshy leaves. The flowers are tubular, frequently yellow, orange, pink or red and are borne , densely clustered and pendant at the apex of simple or branched leafless stems. The Aloe genus is native to tropical and southern Africa, Madagascar, Jordan, the Arabian Penisula and various islands in the Indian Ocean. Aloes are closely related to the genera Haworthia and Gasteria. The species of these genera are known to hybridise relatively easily with each other. 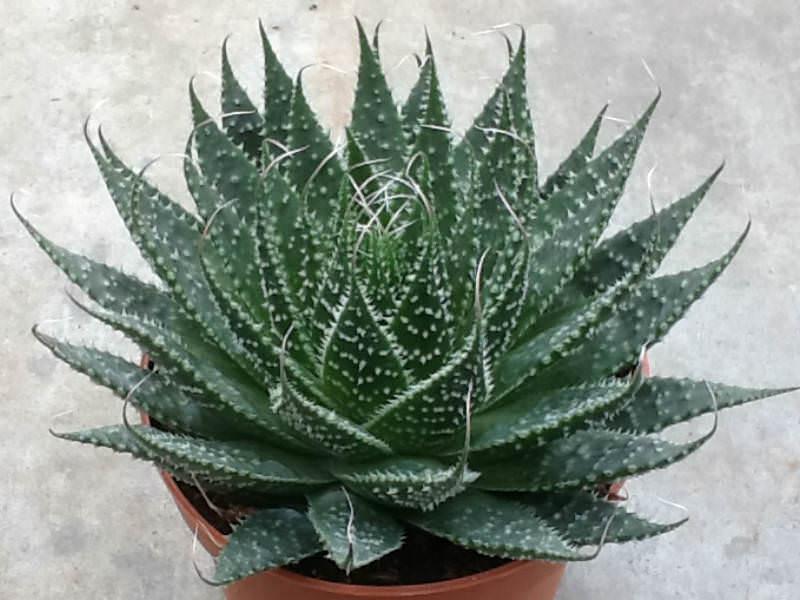 Other species popular for indoors are Aloe aristata (Lace Aloe) whose 4 in. long leaves form a globular rosette which when mature produces a large number of offsets, the leaves have white warts. Aloe variegata (Partridge-breasted Aloe) whose upright 6 in. leaves are thick, triangular with prominent white banding and edging on the dark-green or purplish surface. Other attractive species are Aloe jucunda which is a small species forming 3 in. rosettes of spiny, cream-blotched dark leaves. Aloe humilis (Hedgehog Aloe) is another dwarf whose blue-green leaves bear white teeth and Aloe mitriformis which is a thorny species among many others.

Aloes are closely related to the genera Haworthia and Gasteria. The species of these genera are known to hybridise relatively easily with each other.

How to Grow Aloe Plants

Aloe Plants prefer bright light with some direct sunlight. Avoid exposing the plants to too hot sunlight before acclimatizing them as they can get sun scorched. Learn how to ensure your plant receives the correct light in this guide on understanding light for houseplants.

Water Aloe Plants thoroughly during the growing season and allow the top 2-3 in. of soil to dry out between waterings. Reduce watering during the cold period to maintain the soil barely moist. Avoiding wetting the center of the rosette as it can lead to rotting. Watering from the bottom is safer. Use room temperature water to avoid plant shock. Avoid waterlogging as it can lead to rotting. Learn more on how to water houseplants.

Average warmth between 16-280C during the growing season is ideal for Aloe Plants. Learn more on temperature for houseplants.

Average room humidity is ideal for Aloe Plants. They have no need for high humidity. Ensure good air circulation for Aloe Plants to prevent fungal diseases.

Feed Aloe Plants every 4 weeks during the growing season with a succulents fertilizer. Withhold feeding in the dormancy stage. Find out more on how to feed houseplants.

Aloe Plants have a small root system so frequent repotting is not necessary. Repot the plant at the beginning of the growing season only when it becomes crowded in its current pot. Use a pot 1 size larger and one that has a drainage hole to prevent waterlogging as it can lead to rotting. Use a shallow pot and be careful not to bury the stems to prevent rotting The best soil should be loose, free-draining and rich in organic matter.

Pruning Aloe Plants is easy. Cut the dead or diseased leaves with a sharp knife to keep the plant neat and reduce pests and disease infestation.

How to Propagate Aloe Plants

Aloe Plants can be propagated at the beginning of the growing season from offsets which form at the base of the plant.

Propagating Aloe Plants from offsets
Seperate the offsets from the mother plant. Allow the offsets to dry for 1-3 days before potting. Use an offset which has several leaves. Pot each offset in its individual pot in moist free-draining soil. Water sparingly, only when the soil is dry and avoid waterlogging as it can lead to rotting.

Overwatering Aloe Plants during the cold period is the reason for wilted and discolored leaves. Reduce watering in the cold season and maintain the soil barely moist. Do not wet the soil thoroughly during this period.

Brown soft spots on Aloe Plants is an indication of Leaf spot disease which is brought about by over wet conditions. Avoid wetting the foliage and improve air circulation.

Rotting plant base followed by yellowing and shrivelled leaves in Aloe Plants is an indication of basal stem rot disease which is brought about by overwet conditions. Avoid overwatering and ensure the pot has a drainage hole.

Common diseases in Aloe Plants are Crown and Stem Rot and Leaf Spot Disease which are brought about by over wet conditions.

Aloe Plants are fairly resistant to pests but weak plants can be attacked by Mealy Bugs, Scale Insects and Spider Mites.

Aloe Plants are non-toxic to humans and mildly toxic to pets. If ingested they can cause vomiting, diarrhea and lethargy in pets.