How to Propagate Bromeliads from Pups | Bromeliad Propagation from Pups 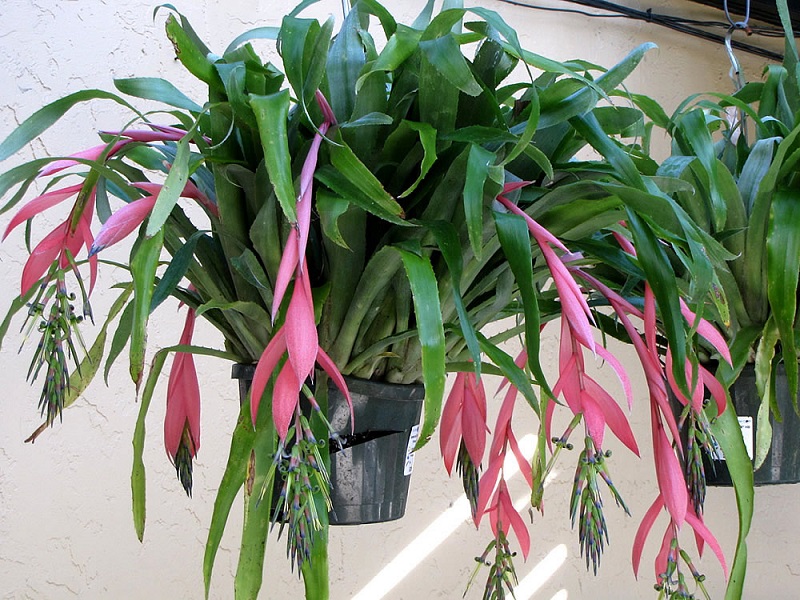 The usual pattern for Bromeliads is a rosette of leathery, strap-like foliage and a bold flower-head which arises on a stalk from the cup-like center (usually called 'vase) of the rosette.

The display of the flower head in most Bromeliads is due to the presence of showy bracts as the true flowers are small and short-lived.

A Bromeliad may take 3-6 years to reach the flowering stage but the display may last several months, upto 6 months in some Bromeliads.

Once the flower-head fades, the rosette of leaves begins to die and is replaced by offsets (pups) at the base of the plant which are used to propagate new plants.

Most Bromeliads are native to the tropical Americas, with several species found in the American subtropics. Where they may be found growing as epiphytes or terrestrially in soil like the Earth Stars. 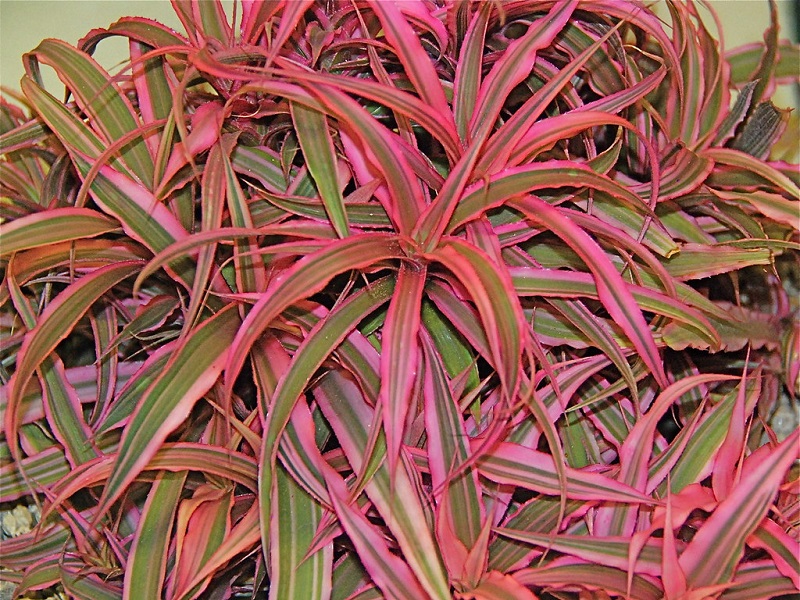 How to Seperate Bromeliad Pups from the Mother Plant

When the pup (offset) is several months old or 1/3 to 1/2 the height of mother plant, separate it from the mother.

With a sharp sterilized cutting tool like a knife or a pair of scissors cut away the pup at the point where it is attached to the mother plant.

Ensure the pup has some roots attached to it as they are necessary to provide support for the pup. However, even without any roots the pup will still grow its own roots. 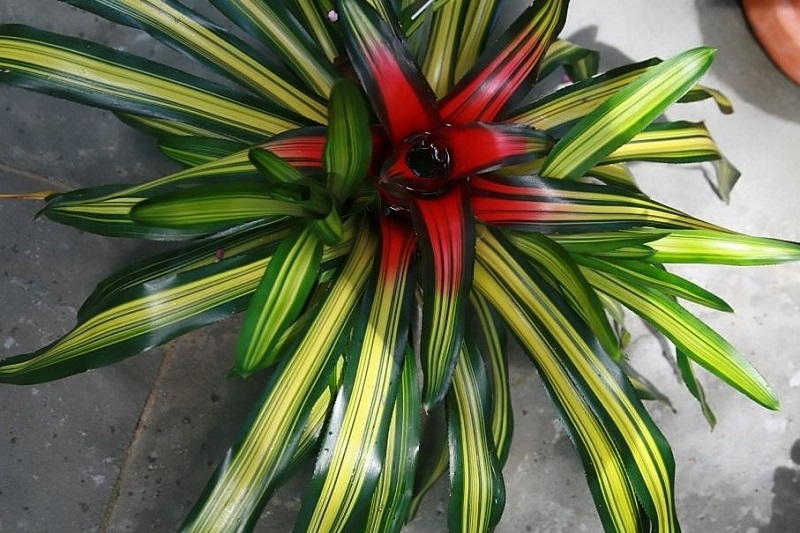 How to Root a Bromeliad Pup

Select a shallow heavy pot for rooting the pup to prevent the plant from toppling over as it has a tiny root system and it can get top-heavy .

Ensure that the pot has a drainage hole to prevent the soil from getting soggy as it can lead to rotting.

Fill the pot with loose, free-draining, bark soil and make a hole in the center of the pot with a pencil or any such tool. Ensure that the hole is slightly wider than the base of the pup.

Place the pup shallowly in the previously made hole and lightly firm the soil around the base of the pup while taking care not to bury it too deep.

Lightly water the soil and provide support for the pup to prevent it from toppling over as the root system is small. The pup may take upto 4 weeks to develop new roots.

Place the set up in a well-lit, warm place until the new Bromeliad plant is well established after which you can begin routine care.

With good care, the pup may take from 3 to 6 years to reach maturity and flowering. This will vary from species to species. 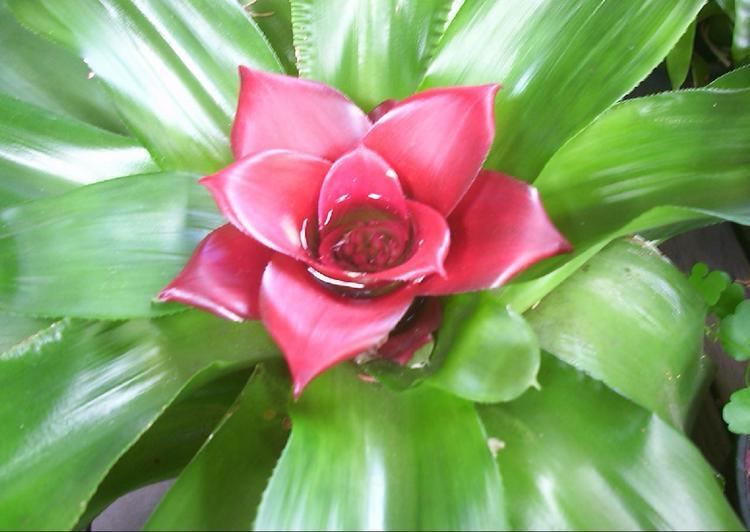 Light requirements: Bromeliads grow best in bright light but away from direct sunlight. Bromeliads can also grow under a grow light.

Watering Bromeliads: Bromeliads require the central 'vase' to be filled with water at all times. Empty and refill the 'vase' regularly to prevent growth of bacteria which may cause the water to become smelly.

Temperature: The best temperature for most Bromeliads indoors is an average warmth with a minimum of 150C. However, to bring a bromeliad to flower requires temperatures above 260C.

Humidity: Bromeliads require a humid enviroment inorder to thrive. To raise humidity, set the pot on a wet pebble tray or use a cool mist humidifier. Check out these techniques on how to raise humidity for houseplants.

Fertilizer: Feed Bromeliads with a liquid fertilizer (foliar feed) every 2 weeks during the growing season but do not feed during the cold season as growth is minimal at this time and it may lead to fertilizer burn.

Pruning: Pruning a Bromeliad involves removal of dead leaves to keep the plant neat and tidy. This also allows adequate room for the new plants (pups) to grow. 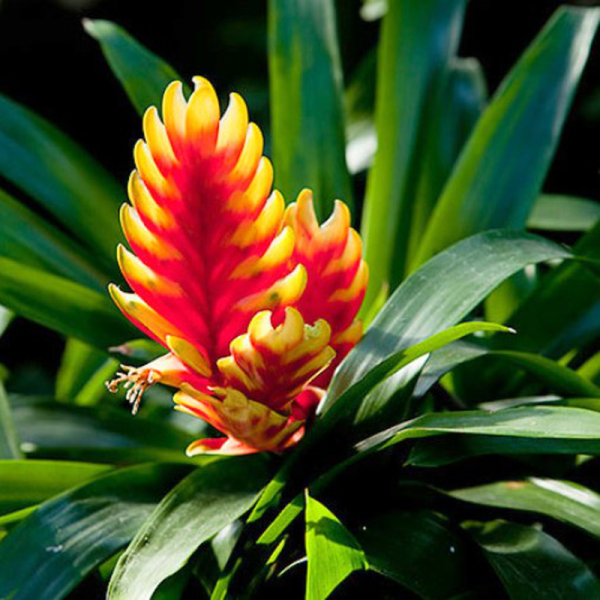 Bromeliads problems indoors are mainly brought about by humidity, lighting and watering issues. They include;

*&nbspBrown leaf tips due to too dry air (low humidity).

*&nbspPale brown leaf patches due to exposure of the plant to hot, direct sunlight.