How to Grow and Care for Piggyback Plant (Tolmiea menziesii) Indoors 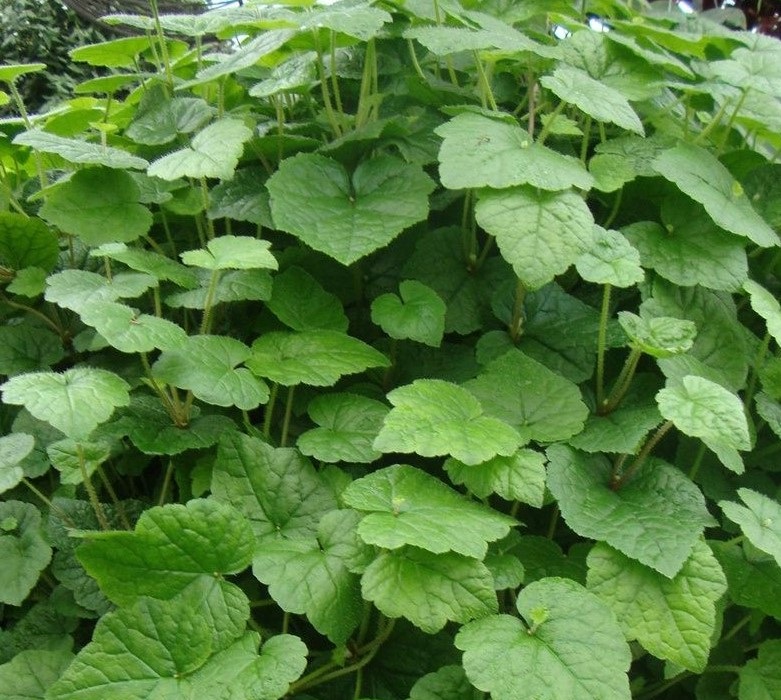 Piggyback Plant is a compact mound of downy, bright green leaves about 9 in. high plant. The plant bears plantlets which form at the base of mature leaves and thereby forcing the leaf to bend under the weight and touch the ground hence the common name, 'Piggyback'.

The plantlets in Youth On Age Plant will develop roots on touching the ground and become seperate plants.

Pick-a-back-plant has hairy, five to seven-lobed leaves and a capsule fruit containing spiny seeds. Though it is unlikely to bear seeds when grown indoors.

The long leaf stalks give Thousand Mothers Plant a trailing appearance which makes it ideal for a hanging basket. 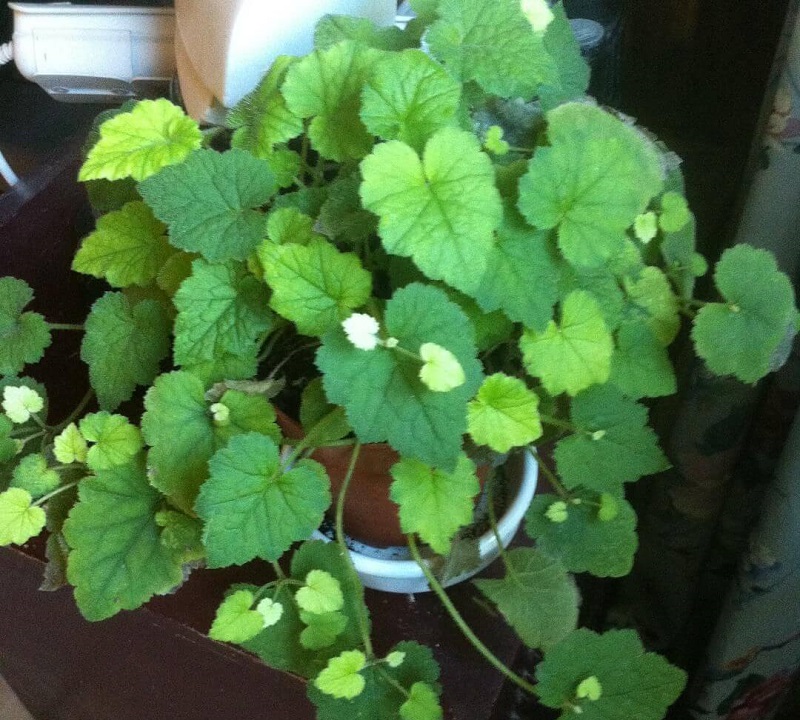 Tolmiea menziesii requires pruning to keep it neat, to control growth and to rejuvenate growth. Repotting is necessary when it becomes pot-bound. Keep on reading for more on these growing conditions and how to achieve them.

Piggyback Plant grows best in bright light but will still grow in semi-shade, but slowly. However, too little light will result in a leggy plants.

Keep the Pick-a-back-plant away from direct sunshine as it can lead to scorching of the leaves.

Youth On Age Plant will also grow under a grow light where natural light is inadequate.

Water Piggyback Plant liberally during the growing season while allowing the top 1-2 in. of soil to dry out between waterings and keep the soil moist at all times.

Decrease watering during the cold season to keep the soil slightly moist but do not allow the soil to dry out completely.

Ascertain that the pot has a drainage hole inorder to prevent the soil from getting soggy as it can lead in root-rot disease and eventual death of the plant.

Cool to average warmth with a minimum of 100C is ideal for Piggyback Plant. Keep it away from cold draughts as they can cause leaf drop.

Piggyback Plant has no need for high humidity. Moderate (average) air humidity is ideal for this Plant.

Feed Piggyback Plant with a balanced, liquid fertilizer every 4 weeks during the growing period for lush growth.

Do not feed during the cold season as growth is minimal and feeding at this time may lead to fertilizer burn.

Repot Piggyback Plant during the growing season only when the plant has become pot-bound. Use a pot one size larger than the current one.

Ensure that the pot has a drainage hole inorder to prevent the soil from getting soggy as it can lead in root-rot disease and eventual death of the plant.

The best soil for Piggyback Plant should be rich in organic matter and free-draining to prevent it from getting soggy while providing the required nutrients.

Most multi-purpose potting mixes are ideal for the plant. Buy quality Potting Mix for Piggyback Plant online from Etsy.

Piggyback Plant (Tolmiea menziesii) propagation can be done from the plantlets which form at the base of mature leaves.

How to propagate Piggyback Plant from plantlets

Peg down the Piggyback Plant plantlets in the soil while still attached to the mother plant.

Roots will develop at every point where the plantlets touch the soil surface.

Once rooted, cut away the rooted plantlet and plant in its own pot. For a fuller plant, transplant several plantlets into one pot.

Use free-draining soil that is rich in organic matter and a wide pot that has a drainage hole to prevent the soil from getting soggy as it can lead root-rot and eventual death of the plant.

Place the pot in a warm, well-lit place away from direct sunlight. Maintain the soil moist through out until the new plants are well established after which you can begin routine care. 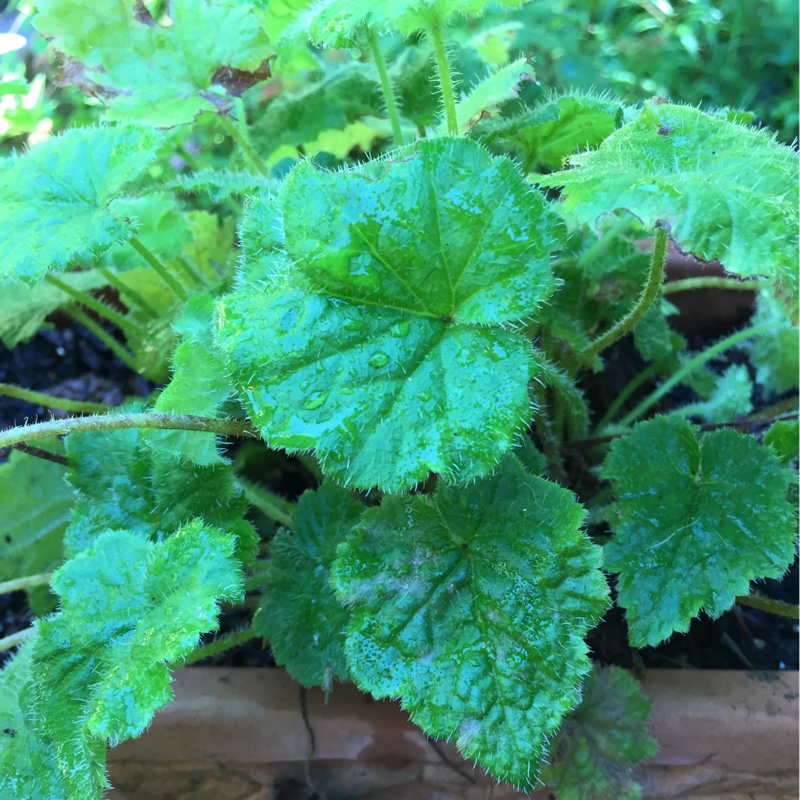 Piggyback Plant (Tolmiea menziesii) problems indoors are caused by cultural faults like improper watering, low humidity and inadequate light. The problems include brown leaf tips and edges, leaf spots, leggy stems, pests and diseases among others. Read on for more on these problems, their remedies and solutions.

Brown leaf tips and edges in Piggyback Plant are due to dry air (too low humidity) especially where the indoor temperatures are very high.

Set pot on a wet pebble tray or use a cool mist humidifier to raise humidity.

Dry and shrivelled leaves in Piggyback Plant is caused by underwatering resulting in too little moisture in the soil.

Maintain the soil moist at all times during the growing season and slightly moist during the cold period and never allow the soil ball to dry out completely.

Pale leaves and leggy stems in Piggyback Plant are due to too low light (inadequate light) as it grows best in bright light away from direct sunlight.

Move the Tolmiea menziesii to a brighter spot where it will receive bright light away from direct sunlight or instal a grow light if the natural light is inadequate..

Brown leaf spots in Pggyback Plant are due to sun scorch from exposure of the plant to direct hot sunlight. Protect the plant from direct sunlight or move it to a shadier spot to prevent sunscorch.

Piggyback Plant is prone to root-rot disease which is brought about by soggy soil and powdery mildew which is promoted by overwet conditions. Ensure that the pot has a drainage hole inorder to prevent the soil from getting soggy and avoid misting the leaves.

The common pests in Piggyback Plant are aphids and mealy bugs. Isolate the affected plant to prevent spread to other houseplants and treat it appropriately for the pests.

Piggyback Plant (Tolmiea menziesii) is non-toxic to humans and pets. The plants are safe to grow indoors.