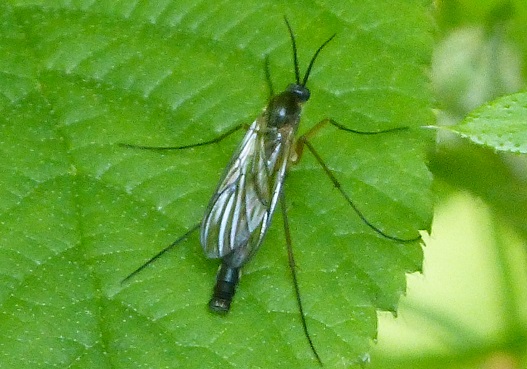 Fungus gnats are a major problem in houseplants. The small, black, flying adult is harmless.

The problem is that it lays eggs in the soil which hatch into tiny, black-headed maggots which are harmful.

These black-headed Fungus Gnat maggots normally feed on organic matter in the soil but they can devour young roots.

The Fungus Gnats are troublesome in over-damp conditions. They multiply very fast and easily spread from one plant to another.

Be on the look out for these black fly-like insects and take immediate control as they can infest your entire houseplants collection.

6 Methods of Getting Rid of Fungus Gnats in Houseplants

To prevent infestation; cover the soil surface with a layer of sand or ornamental stones and let the soil slightly dry out between waterings.

How to Get Rid of Fungus Gnats

1.Repot the Plant in Fresh Soil

Cover the soil surface with a layer of sand or ornamental stones and allow the soil dry out slightly between waterings.

This prevents the gnats from getting to the soil as well as discourage their infestation.

2.Use of Yellow Sticky Traps

The yellow sticky traps, trap the adult fungus gnats and keep them from laying eggs.

The adults are attracted to the yellow color. Insert the cards in the soil such that they are below the plant foliage.

As the gnats fly about, they will get stuck in the sticky card, after which you can discard the card.

3.Use of Alcohol Solution

Drench the infected soil with a solution of 4 parts water to 1 part rubbing alcohol. Repeat the treatment until the problem is cleared.

4.Use of Hydrogen Peroxide Solution

Drench the infected soil with a solution of 1 part hydrogen peroxide to 4 parts water and repeat as necessary.

5.Use of Mosquito Bits

Sprinkle Mosquito bits over the surface of the infected soil and water them in. Repeat until the problem is cleared.

The mosquito bits discourage the fungus gnats from infesting the soil. They deter the gnats.

6.Use of a Pyrethrin-based Insecticidal Solution

Lightly spray all the plant surfaces with a Pyrethrin-based insecticidal spray and spray the infected soil to thoroughly moisten the surface.

Drench the infected soil with the Pyrethrin-based insecticidal solution as per the manufacturer's recommendations.

Allow the top 2 in. of soil to dry out before watering. This deters the fungus gnats from infesting the soil.

The Pyrethrin-based insecticidal solution is effective against the adult fungus gnats as well as the larvae.

12 Houseplants Pests, Identification and Their Treatment

How to Water Houseplants Correctly

How to Clean Houseplants

How to Raise Humidity for Houseplants

How to Feed Houseplants

How to Prune Houseplants